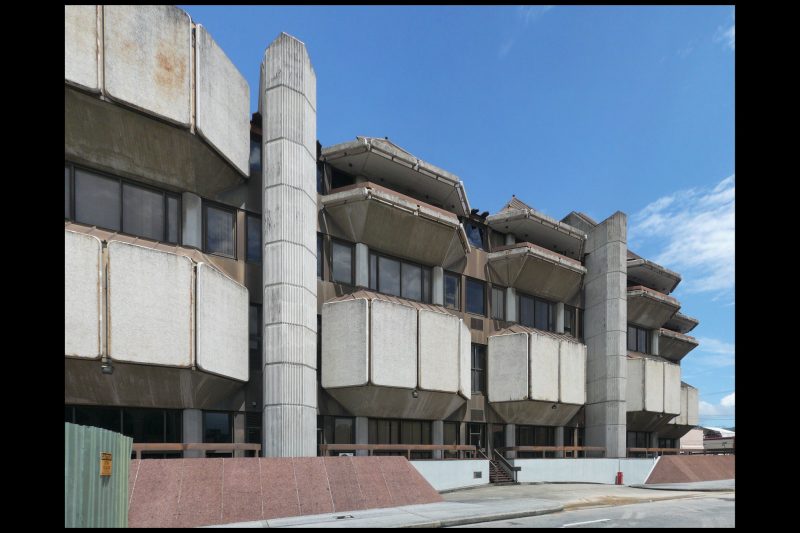 The Hall of Justice in Port of Spain, Trinidad. Photo by Klaas Vermaas, CC BY-ND 2.0.

A recent sexual harassment case in Trinidad and Tobago has sparked a debate on the country’s workplace sexual harassment policies, especially as they affect members of the lesbian, gay, bi-sexual, transgender and queer (LGBTQ) communities.

The case was brought by Rishi Persad Maharaj, who worked in customer service with Ban­quet and Con­fer­ence Cen­tre Limited (BCCL), located on the property of the Cascadia Hotel. Maharaj claims that his director of operations, a female, made inappropriate remarks and gestures toward him. In 2015, Maharaj made a complaint to the country’s Equal Opportunity Commission (EOC), on the basis of “discrimination in employment based on sexual harassment and victimisation”.

In the interviews prior to the hearing, the defendant’s attorneys portrayed her as an upstanding, educated citizen, wife and mother, with “zero tolerance” for discrimination and demoralising behaviour. They also highlighted the fact that Maharaj was gay— a claim he has not disputed.

His sexual orientation was a major factor because the Equal Opportunity Act does not define “sex” and the tribunal claimed they could not interpret the term to include gay men. The case was therefore dismissed and Maharaj had to pay the defendant’s legal costs.

The case was murky: Maharaj had allegedly already settled the dispute before returning to court and the judge ruled that Maharaj had wrongly named the hotel as the defendant. But the laws governing the Equal Opportunity Tribunal’s review process — at the centre of the court decision — have come under scrutiny.

Maharaj’s sexual orientation became a focal point of discussions on social media. According to Leela Ramdeen, who formed part of the tribunal that assessed the case, the Equal Opportunity Act does not cover sexual harassment, nor does it include sexual orientation.

Ramdeen called for legislation “specifically to deal with sexual harassment” and to define what “sex” means, adding, “We, the tribunal, cannot stretch ‘sex’ to go beyond male and female.” For many social media users, her comments suggest that anyone who sits outside this spectrum has no protection under the current legislation.

Ramdeen insisted that the draft policy on sexual harassment, presented in parliament in March 2019 by the minister of labour and small enterprise development Jennifer Baptiste-Primus, is not enough, saying that legislation was needed to give the policy teeth.

The topic of workplace sexual harassment has come up a lot in recent years in what Gabrielle Hosein, of The University of the West Indies’ Institute for Gender and Development Studies, calls “the hetero, patriarchal, masculinist nature of the Caribbean state.”

Back in 2017, Hosein noted that sexual harassment legislation, which “particularly challenges the kind of privileges that have been part of the male exercise of power,” has not been at the forefront of law-making in the country.

Although Trinidad and Tobago has a National Workplace Policy on Sexual Harassment, which references past trade disputes which define sexual harassment, tougher legislation is lacking, as are effective sexual harassment policies both in and out of the workplace environment. However, a policy is not legislation — which means it lacks set standards and guidelines.

In fact, the only Caribbean territories that have sexual harassment legislation in place are Belize, Barbados and Jamaica (currently being updated).

We […] are of the view that sexual harassment in the workplace is everyone’s business, simply because it has attending societal, environmental, economic, health and safety consequences.

AFETT recommended that the draft policy should offer holistic protection, as well as “avenues for penalties for persons making false allegations and for those persons who use the policy maliciously:”

This is especially as we believe that there is such an issue as reverse sexual harassment where persons can use allegations of such an act as instruments of manipulation.

Under the Equal Opportunity Act, there are no sections regarding workplace sexual harassment. Section 11 of the Act details “discrimination in employment” specifically on the basis of sex. However, the word “sexual harassment” does not appear. This also means such cases do not fall within the jurisdiction of the Equal Opportunity Commission (EOC), a branch of government dedicated to workplace discrimination.

The Equal Opportunities Tribunal exists for citizens to settle discrimination in workplace disputes in a fair, efficient and more affordable way, but in many cases, policy gaps mean that the tribunal’s influence is limited by laws that need reform — which is also why so many people feel they cannot speak up.

In one recent, high-profile case regarding chairman Rolph Balgobin of Angostura Holdings Limited, his ability to keep his role hung in the balance after a female employee accused him of sexual harassment. He was subsequently cleared of the allegations, and company audits reportedly revealed that his accuser’s claims coincided with her being questioned about improper financial practices at the company. The female executive who accused him was later sacked.

Instances like these only underscore the point that sexual harassment is a complex issue, highlighting the need for the government to properly deal with legislation rather than to allow companies alone to settle these cases.

Perhaps once proper laws are in place, citizen fears of reporting cases of sexual harassment will diminish, as people of all genders and orientations find themselves protected.